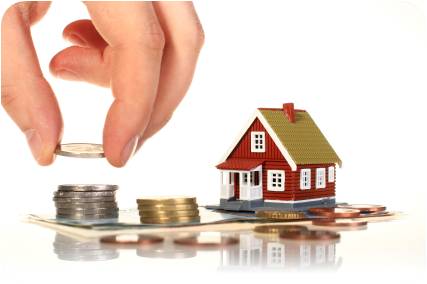 The UK chancellor, George Osbourne, has just revealed his latest budget for 2016. One of the headaches caused for the property market from the previous budget was the stamp duty rise – set to come in on April 1st 2016. The changes will see investors pay a 3% surcharge on stamp duty for their property purchases in the future, therefore, many are rushing to beat the profit reducing tax increase and pushing their buy-to-let mortgages through as quickly as possible.

In fact, in January 2016 the number of buy-to-let mortgages rose by 22% on 2015 – a huge increase which clearly indicates the concerns property magnets have. 9,500 loans were taken out in January compared with 7,800 the year before. The total amount borrowed increased by an even higher rate, 40%, to £1.4bn. Nowhere else has this been noticed more than by letting agents in Stockport, who have noticed a huge rise in demand with the regeneration of the town centre, in turn causing many investors to focus on the area.

Aside from the large increases in the commercial, investor side of the property market, there has also been a notable increase in the residential area. Homeowners looking to re-mortgage their property also appear to be rushing to get things sorted before April, in fact the amount lent (according to the Council of Mortgage Lenders) was £5.8bn which is the highest since January 2009 and is a 32% increase on this time last year. First time buyers we also active in January with 21,400 home loans being obtained, a 14% increase.

Another reason for the rise in home loans, re-mortgages and buy-to-let mortgages in January 2016 was the lenders producing appealing packages. Mortgage rates are currently very low and the numbers of people obtaining them is just as low, therefore, the banks and building societies are looking to get customers in by creating attractive propositions elsewhere. It has proved to be very successful and goes some way towards generating the profit they require in another side of the property market. The number of ‘challenger banks’ on the landscape these days who are offering tailor made, attractive propositions to first time buyers is forcing the bigger players to up their game and offer something better than historically they have been doing.

We are now moving in to the Spring of 2016 and the buoyant property market is set to be under the spotlight as the most popular moving period of the year begins. First time buyers will be tracked more than anyone to see how the governments ‘help to buy’ scheme performs, to see if it has in fact stimulated the market or if it has been another failed project. The ‘Help To Buy ISA’ works by rewarding first time buyers who are saving for a deposit by giving them £50 for every £200 they save. The maximum government bonus it is possible to receive is £3,000 and you must have saved at least £1,600 before you can access your government bonus of £400.

Amidst global uncertainty in the markets (particularly in China), George Osbourne and David Cameron will be desperate to see a great year in both the lending and property sectors for 2016, it will separate the UK somewhat for the global issues. It will also be interesting to see how the challenger banks fair. Many now don’t trust the big corporations and would prefer a more ‘down to earth’ lender that won’t take their money and gamble with it leading to a possible second wind for building societies. Building societies gradually got bought out and sold off to banks but were the solution to the greed and relentless profits that the large banks target.

What is New to Canada’s Mortgage Program? Requirements, Advantages, Tips

Should I Refinance My Mortgage?

Smart Investment Tips That Gives You Your Gains

How to get rich with zero investment

A Thorough Guide To Forex Trading