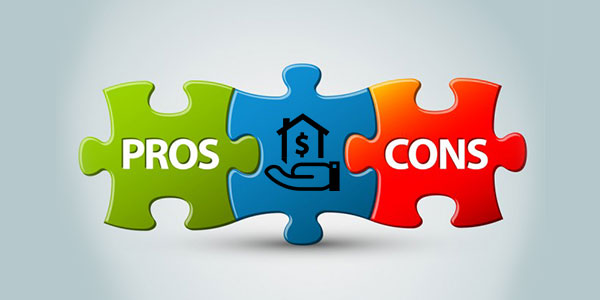 The occurrence of overdue loans may be the result’s overestimation of his financial stability and solvency when deciding whether to receive a loan. There comes the work of the Distressed Loan Advisors.

No matter for what reason a delay arises; the Bank is not concerned, which should be considered fair. If a delay arises for a borrower, negative consequences will arise in the procedure of charging penalties, issuing payment requirements for invoices, direct debiting money from accounts, etc.

But, having violated obligations under a bank loan agreement, the borrower does not become powerless, and the Bank does not gain absolute power over the borrower and its assets. Moreover, changes in legislation in the last few years are aimed at improving the situation and protecting the rights of borrowers. The work of the Distressed Loan Advisors comes there.

The Bank is entitled to:
• To charge a penalty on overdue amounts of debt in the amounts provided by the bank loan agreement.In respect of individuals, the size of penalties may not exceed 0.5% of the amount of overdue payment within 90 calendar days of delay and 0.03% of the amount of overdue payment after 90 calendar days of delay. In this case, the total amount of the accrued penalty shall not exceed 10% of the amount of the loan issued for each year of the bank loan agreement.In respect of legal entities, the limit of the penalty amount is not fixed by law.
• Require early repayment of the loan subject and the remuneration due in cases providing by the legislation. With regard to the occurrence of overdue loans, such a right with the Bank arises when there is a delay of more than 40 consecutive calendar days.
• To foreclose on the pledged property in a compulsory pre-trial procedure, if such procedure is only if the terms of the pledge agreement.
• To impose a penalty in an indisputable (without acceptance) order on the money held in the accounts, if such a right is stipulated in the bank loan agreement.It is not allowed to foreclose on benefits and social payments paid from the state budget, housing payments, money placed on accounts in housing savings banks in the procedure of housing construction savings, money allocated as an educational savings deposit.The amount of non-withdrawal of money from the accounts of individuals is limited by law 50% of the amount on the account and of each amount that will be transferred to the account in the future.
• To recover arrears in a judicial procedure and to foreclose on the collateral property (if the loan is collateral).
Assign the rights under a bank loan agreement to a collection agency, a special organization to improve the quality of the loan portfolio or a third party or to transfer to them the authority to collect the debt. This right arises for the Bank only after 90 calendar days for a loan issued to a distinct and after 180 calendar days for a mortgage loan issued to an individual. The suggestions would get from Distressed Loan Advisors.
At the same time, in exercising their rights to collect overdue debts, the banks bear the associated duties, which many do not know about.

The bank must:
1. If a loan arises, but no later than 30 days from the date of its existence, notify the borrower in the manner and within the time period stipulated by the bank loan agreement about the need to make payments under the bank loan agreement indicating the amount of overdue debt and the consequences of non-fulfillment of its obligations.
2. Consider the proposals of an individual on the settlement of overdue debts and give a written reasoned response within 15 calendar days.This legal provision carries an unobvious, but very significant plus for the borrower, since the legislative provisions of the Bank’s obligation to send a written review can be corresponded with the provisions of the Civil Procedure Code. In the event of a late response by the Bank or ignoring the borrower’s application by the Bank, violation of a direct statutory duty may serve as a basis for returning the claim or awarding court costs in favor , regardless of the outcome of the proceedings.
3. To send the incoming money to pay off the debt on the loan of an individual in the following order:
4. Up to 180 consecutive calendar days overdue: overdue principal, interest overdue, penalty, principal, remuneration, collection costs (receivables)
5. After 180 consecutive calendar days overdue: overdue principal, interest overdue, principal, interest, interest, collection costs (receivables)

The bank is prohibited:
To demand payment of the remuneration accrued during the period when the debt was in operation at the collection agency, and also charge a penalty (penalty, penalty) for the late repayment of the principal debt and remuneration during the specified period.
To capitalize overdue remuneration, penalties (fines, penalties) to the amount of the principal debt when changing the conditions for the execution of a mortgage housing loan agreement issued to an individual, or issuing a new loan in order to pay off an individual mortgage housing loan.

Conclusion:
So, the duties of the banks were also expanded as a result of legislative changes, and also for the banks, additional bans were imposed on the use of tools for restructuring and charging fees and penalties in respect of certain groups of borrowers. Knowing the above limitations can be very useful for borrowers, both when assessing the Bank’s ability to settle overdue debts at the pre-trial stage, and at subsequent stages of relationship development.

Best Way to Get Wedding Loan at Low-Interest Rates

Strategies For Protecting Your Loved Ones While Avoiding Financial Stress with a Medical Loan!