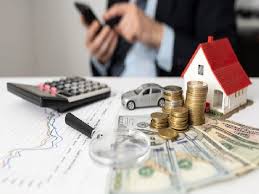 The use of the guarantor loan depends on a number of factors. But achieving the same is not a problem anymore.

The banker’s reluctance to extend credit to you may be due to the vagaries of the reliability of your forecasts and your ability to make them. This hazard can also be seen in the general development of the economy and the competitive context of the market in which you operate.

In order to limit his risk, the banker asks for guarantees, when he considers that all of the credits are important taking into account the equity of your company, its profits, its self-financing capacity and the existing debt. He also appreciates your entrepreneurial qualities: your dynamism, your rigor in terms of management and the consistency of your private wealth.

Legally, a distinction is made between personal guarantees and real guarantees. The former reside in the addition of additional assets: if the debtor is unable to honour his debt, a third party, the guarantor will do it for him. In the case of the real guarantee, it is one or more goods which are specially assigned to the payment of the debt.

The disadvantage of these guarantees is to destroy one of the major benefits linked to the creation of a company. Indeed, creating a society makes it possible to separate professional heritage and private heritage. If however you are forced to vouch for the benefit of your company, commit only for a limited amount, for an identified credit and for a limited period.

The ultimate personal guarantee is the bond. It is often asked to the managing director. The signatory (surety) undertakes vis-à-vis the bank to pay what is due in place of the defaulting company. By this act, the surety commits his personal property.

This type of guarantee given by the manager is most often commercial. The manager is therefore committed jointly with the company. It is possible that the patrimonial interest of the manager in this guarantee is not recognized; in this case, the bond is simple.

Unless otherwise stipulated, the manager, hired by a commercial bond, cannot claim the benefits of the division and the discussion:

Division profit: if several people have consented to the surety, the bank may request payment of the entire debt to a single partner and not pro rata. The surety who discharged the bank can then turn to the other sureties to obtain payment from them.

Benefit of discussion: The bank can activate the surety as soon as a payment incident occurs without having previously exhausted its remedies on the company.

The law obliges the lender to notify in writing each year the surety (natural or legal person), indicating to him the amount of his possible commitment, for example the capital remaining due within the framework of a repayable guarantor loan. In addition, if the appointment is for an indefinite period, he must inform him of his right of revocation.

This is the commitment by which the guarantor undertakes, in consideration of an obligation subscribed by a third party, to pay a sum either on first request or according to agreed terms. The guarantor does not guarantee a debt but a person. He cannot, as is the case in surety ship, oppose to the banker the exceptions of the principal debtor.

The letter of intent (also known in practice as a sponsorship or comfort letter) is the commitment to do or not to do, having as its object the support provided to a debtor in the performance of his obligation towards his creditor. The Court of Cassation has strengthened the power of this type of engagement. Thus, the letter in which the subscriber undertakes to ensure that the debtor respects his commitment to his creditor creates an obligation for the subscriber. The latter must pay the sums owed by the debtor to the bank, all the more since he had undertaken to make these funds available to his subsidiary. The subscriber is invested with an obligation of result. He is obliged to pay this amount if the debtor does not do so.

The use of the downstream technique is less frequent.

The swallower (the one who gives his approval) agrees to pay the bearer of a commercial paper or check, in this case the bank, in the event of non-payment at maturity. In materially, the recorder signs the effect with the mention “good for endorsement of the drawee” or endorses on a separate letter.

In this case, it is property of the debtor, and therefore of society, which is specially allocated to guaranteeing the debt. There is also a possibility of specifically assigning one or more goods, belonging to a third party, to guarantee the debt: this is the actual guarantee.

Here are some guarantee mechanisms that a debtor can give.

The pledge of tools and equipment

This guarantee, included in the loan deed, allows the bank to sell the financed equipment and collect the price to reimburse itself. It is de rigueur for equipment credits.

The pledge is made by an authentic instrument or under private signature registered with the tax authorities. The pledge must state that the funds paid by the lender are intended to ensure payment of the price of the goods acquired. Otherwise, the act is void. These goods must be listed and described precisely in the deed.

Strategies For Protecting Your Loved Ones While Avoiding Financial Stress with a Medical Loan!

What is the Need for A Digital Development Loan?

6 Tips for Living a Healthy Lifestyle on a Budget at...

The Money Making Tricks That You Must Know